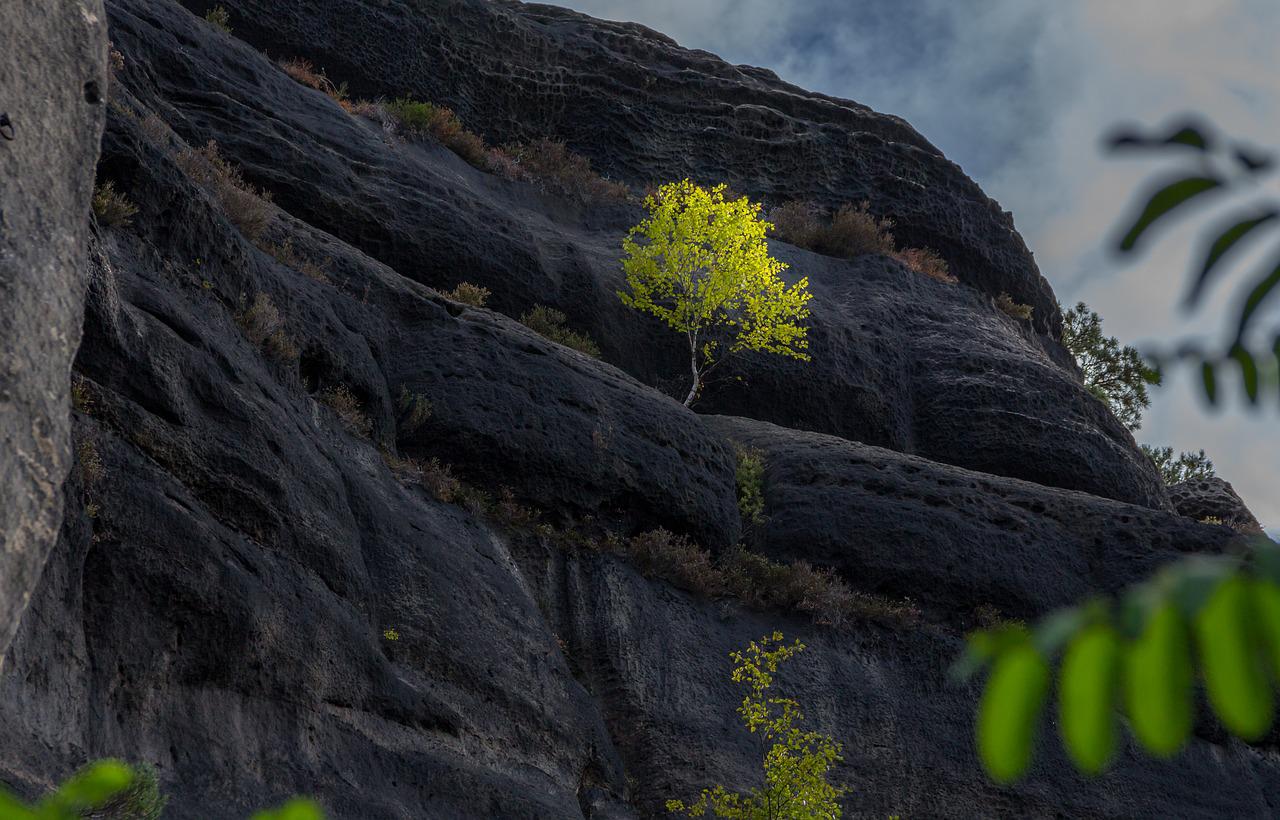 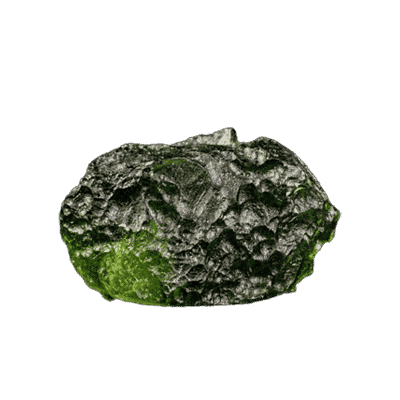 Moldavite is an extremely rare and powerful crystal recognizable by its forest green, glassy appearance. A crystal of cosmic origins, it is said to possess the power to connect one from the material realm to the higher dimensions and to initiate the transformation of the Earth--a power that is beyond what any known crystal can possibly do.

In this article, I will be discussing the meaning, origins, and legends of moldavite. I will also include its benefits and uses, as well as how to apply the powers of this gemstone to our life. Also, I will talk about other relevant info, such as the chakras, the best crystals to pair it with, and the proper ways to cleanse this gem. Let’s start. 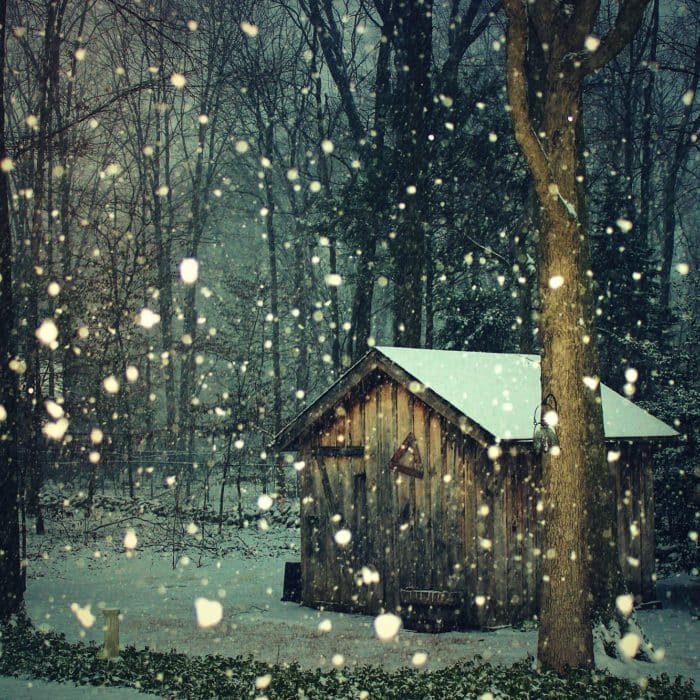 Moldavite is a beautiful glass made from vitreous silica, usually occurring in shades of green and sometimes with a little mixture of black and brown colors. Found only in one region in the entire world, moldavite is considered to be one of the rarest gemstones ever discovered.

Where is moldavite found?

Moldavite is actually a form of tektite, which are a gravel-sized geological formation created when heavenly bodies such as meteorites hit the earth. About fifteen million years ago, a giant meteorite collided with our planet. The debris from the fallen meteorite was scattered across what is now the Czech Republic, Germany, and Austria in a strewn field. When the molten pieces cooled down, they eventually formed what is now known as moldavites.

Currently, moldavite is only found in the Czech Republic. The great majority of moldavites are mined in Bohemia; however, a few scattered pieces were discovered near Dresden, Germany, in Lower Austria, and other places in Central Europe.

Its name was actually taken from the Moldau River, where some of the first described specimens came from. Moldau is the German name for the Vltava River, the national river of the Czech Republic.

Because of its unique formation and composition, moldavite is considered to be extremely rare. Geologists and gemologists also estimate that moldavites will soon become unavailable from the mines; thus, making their specimens more and more valuable than it was before.

Why is moldavite so expensive?

As you’ve probably already guessed by now, something as rare as moldavite is surely expensive and indeed it is. For example, moldavite jewelry that is as small as 2 grams can cost at least a hundred and fifty dollars.

There are a few other reasons why moldavite costs a lot. Except for its relative scarcity, extracting moldavites is quite a difficult process. Quality moldavite is even harder to find and extracting these fine species is difficult.

Moreover, the refining process needed to turn it into moldavite jewelry or even museum-grade pieces is delicate. Most of the time, only small specimens are left and turned into handcrafted moldavite jewelry, which makes it all the more expensive. In addition, it’s assumed that a large portion of the moldavite that was formed during the collision millions of years ago was buried deep beneath the earth.

Since the crystal is also becoming extinct year by year, we can expect moldavite to become more expensive as the available source runs out.

How can I tell if my moldavite is real?

Because of its popularity, many moldavite imitations have popped up in the market ever since it was first described in the latter part of the 18th century. There are glass replicas of these green crystals that almost look exactly the same. Even today, fake moldavites are being sold, so it’s important to be sure if you’re buying from a reputable seller before making a deal.

The best way to know if your moldavite is real is by showing it to a gemologist. Understandably, not all of us knew someone who could provide expert advice, but thankfully, there are a few ways you can tell if the moldavite is real. Here are some of them:

A good rule of thumb to follow is to remember that moldavite is dotted with impurities, yet you can see its unique, enigmatic, and natural beauty that is almost unexplainable.

Another thing you should remember is moldavite is a very high-frequency mineral. Although people’s reactions to its vibration can vary from one to another, many moldavite owners have experienced “the Moldavite flush”, which is a tingling sensation when they touch the crystal. More on this later.

Still, it’s best to do thorough research on moldavites before purchasing one. Not only moldavite itself but the stores from which you are planning to buy these crystals as well.

Its rarity isn’t the only thing that makes it valuable and popular among crystal collectors, however. Although it was introduced to the public in the late 1700s, there are pieces of evidence that show crystal has been with humans for thousands of years.

For example, near the excavation site where the “Venus of Willendorf” was unearthed, many moldavite amulets, knives, and talismans had been also found. As you may know, this statue is estimated to be at least 25,000 years old. Archaeologists believed that this was a statue of an Earth goddess, and the moldavite artifacts nearby must be sacred to her.

Moldavite has also been associated with several other legends. Here are some of the most fascinating ones:

The enigmatic glass has also been long associated with alchemy, occult, magic, ancient history, and mythology. If those aren’t mysterious and interesting enough, I don’t know what else is.

So far, moldavite is safe and isn’t toxic. However, be warned though that this mineral has an exceptionally high vibrational energy, which might cause feelings of light-headedness.

What is the Moldavite Flush?

“Moldavite flush” refers to the strange feelings and sensations one might feel when holding the crystal. Some report a feeling of light-headedness, dizziness, and a “rush” of energy. You may also feel a tingling sensation and intense warmth upon making contact with it.

Furthermore, it can cause you to feel ungrounded in the Earth as if this crystal is taking you to dimensions higher and faster than you imagined.

Moldavite is widely revered among crystal healers and lightworkers because of its strong spiritual powers. In fact, it’s a crystal with many epithets, such as “stone for greatness”, “stone for the New Age”, “stone of connectivity”, “stone of transformation”, and “stone for spiritual healing”.

It’s believed to be sent to the Earth to initiate humanity’s collective spiritual evolution and help us move forward to the next phase. It’s also been said that it’s here to help heal the planet itself. Because of its high vibrations, it can be used for various spiritual and metaphysical works. It also possesses great physical healing powers.

In other words, this crystal might instigate your spiritual awakening. 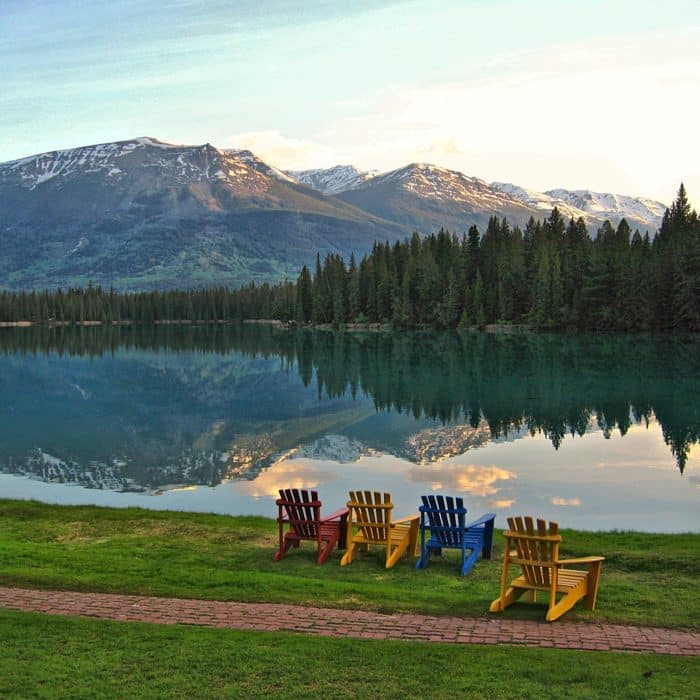 There are many benefits to using moldavite, which is why it’s highly sought after. However, working with moldavite can be likened to an “advanced class” in crystal energy and healing. Caution must be exercised when trying to connect with moldavite.

Its strong vibrational energy might overwhelm those who are new to working with crystals. Sensitive souls and empaths might feel its frequency right away.

However, working with moldavite has a lot of potential. Once you get used to its strong yet profound and uplifting energy, you may see the many rewards of using this crystal.

While trying out supplementary healing methods such as crystals, it’s important to consult with a medical professional first if you feel physically ill. This is especially true with high-frequency stones like moldavite, which can cause dizziness and a tingling sensation.

However, if you already feel comfortable with moldavite, you might be glad to know that this beautiful crystal has a lot of healing benefits for the physical body, too.

A number of people have experienced the miraculous abilities of moldavite, particularly how good it is as a diagnosing tool. It’s believed by lightworkers and crystal healers that moldavite has the ability to detect the root of an ailment, whether it’s physical or spiritual.

Anyhow, here are some of the notable benefits of using moldavite:

Moldavite has benefits to the mind and heart, too. Here are the emotional powers and uses of this crystal:

Perhaps moldavite’s greatest strength lies in its ability to guide a soul to spiritual healing and awakening. Not only that, but it also has other tons of metaphysical abilities you might want to know.

Before trying any of them, it might be best for you to have grounding crystals nearby to keep you tethered to the Earth. You may want to do this in case you get overwhelmed by its powers. Here are some of them: 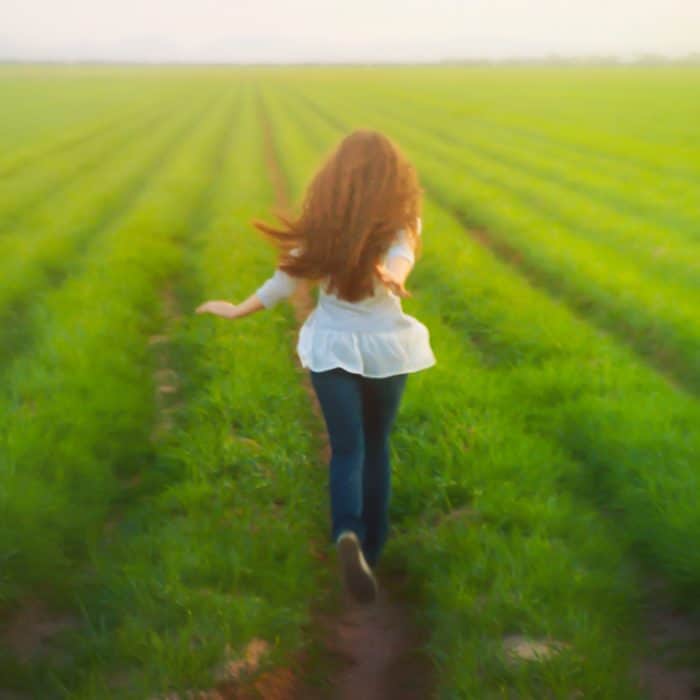 Meditating with moldavite brings wonderful experiences and growth to our souls. Although, like I always say, it will take some time to get used to its high frequency, and yet the benefits are enormous.

Before you meditate, have a grounding stone nearby that you can reach out anytime you feel overwhelmed. You can find my recommended list of stones below, in the section “Moldavite Crystal Combinations”.

To work with this stone, find a quiet and serene place. Meditating in nature works, too. If you want, you can sit under a tree or even in the woods, as long as these places feel safe to you.

Once you find a place, sit or lie down comfortably. You can hold or wear moldavite jewelry while you do. Close your eyes, take deep breaths, and visualize the energy coming from it. You may feel a little tingling coming from the rare stone. Stay in this position for as long as you like.

Moldavite crystals can resonate well with many of the chakras. However, it’s most especially attuned to the crown chakra, third eye chakra, throat chakra, and heart chakra. Here are what you may experience while working with this crystal:

While meditating, place moldavite near the chakra that you feel needs to be balanced.

Moldavites don’t have variants, as far as we know. However, they are graded according to their quality: there are regular, medium, and museum-grade. Their prices also vary according to their classifications, so of course, you may find that gemstone quality moldavites are more expensive. 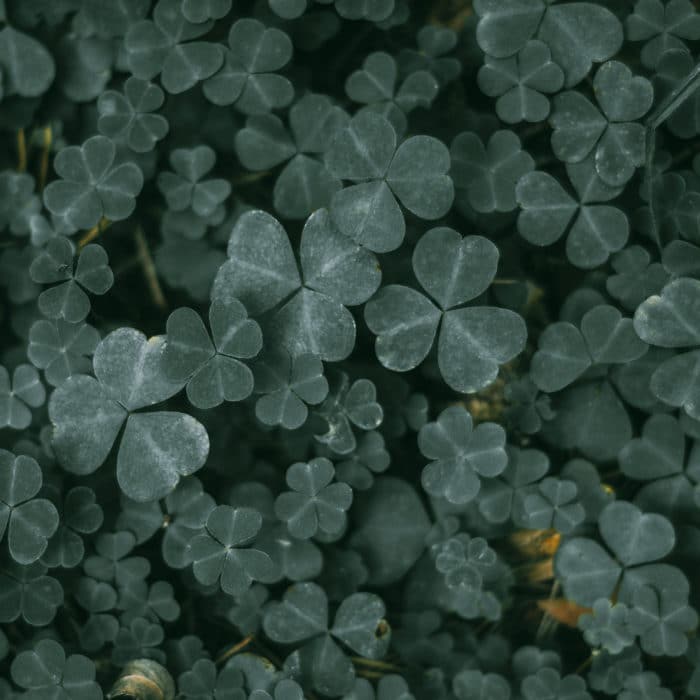 When combining moldavite with other crystals, you can choose whether you want to amplify its energies even more or use grounding stones to keep you from getting overwhelmed. I would advise you to do the latter, but as I’ve said, if you are already comfortable with its energies, you may want to try combining it with other stones. Here are some good candidates: 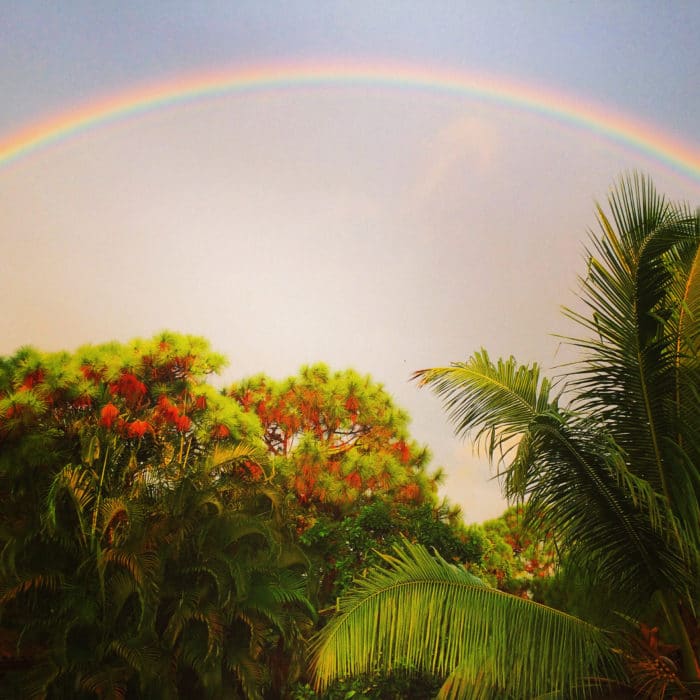 Moldavite can soak up heavy energies fast, so it’s important to cleanse it as often as necessary. However, do note that moldavite is a bit soft and fragile, so avoid cleaning it with salt water. Never expose to abrasive cleaning products and extreme temperatures as it could damage the stone. You can put it in water or under natural light, but don’t place it there for too long.

Here are some methods to cleanse and charge a moldavite:

When storing your crystals, it’s best to put moldavite in a safe and separate space. Try not to put a moldavite crystal with other stones as it may overwhelm them because of its high vibration. Additionally, moldavite crystal is easy to scratch, so minerals harder than it like quartz may cause abrasions.

Moldavite is a one-of-a-kind crystal that came to Earth to aid in its healing and transition. It has come a long way from the heavens, as it was once a celestial body that fell into our world. The result of this collision was the mysterious and powerful moldavite, a crystal that can protect us from negativity, and at the same time guide us in our spiritual journey.