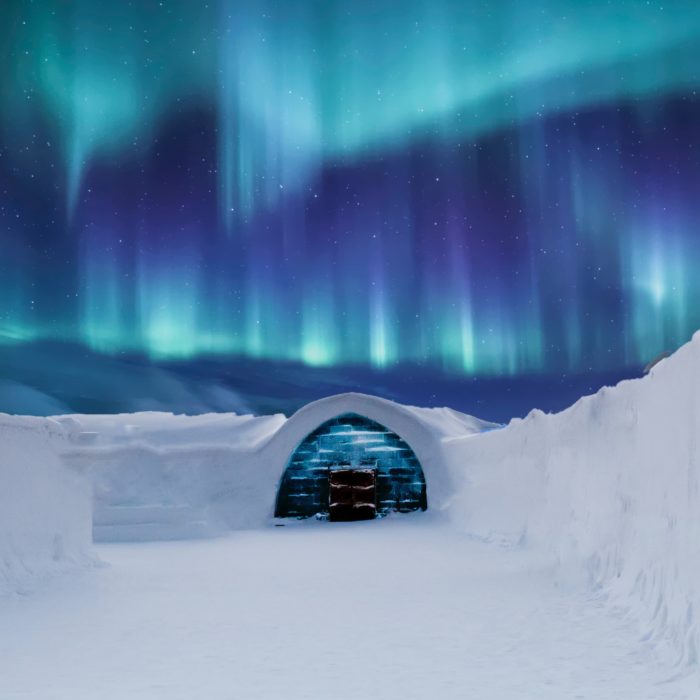 January Birthstone, Crystals, and Their Meanings 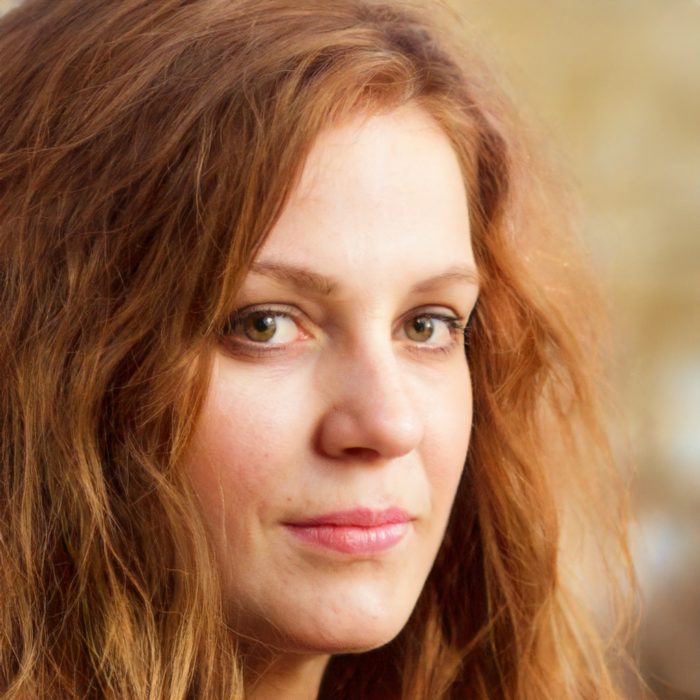 The January birthstones are not the only crystals with special powers though. There are many others that were believed to give good luck or protection to their wearers.

Thie article will cover the January birthstone meanings as well as cover some of the other crystals related to the month. 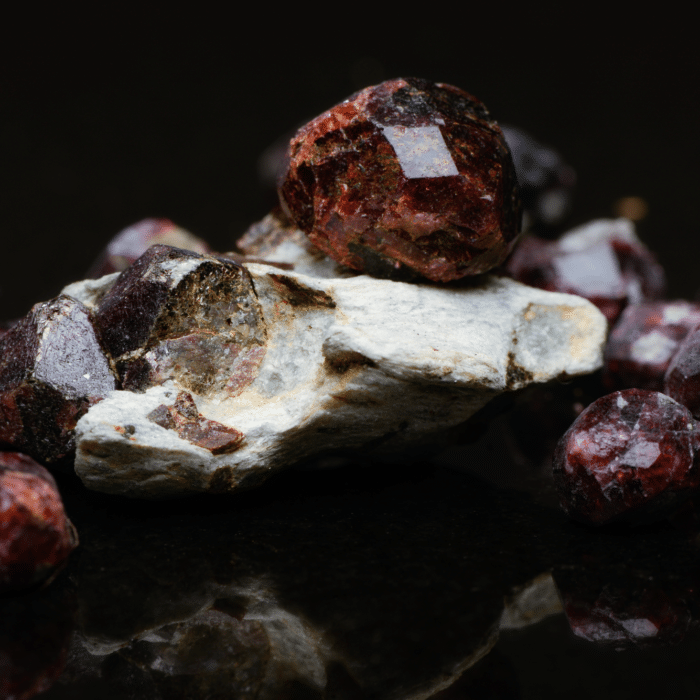 Garnet is January’s birthstone because it is a deep red stone and will occasionally resemble a pomegranate seed. The color garnet signifies a lot of different things, but the meaning related to the month of January is good luck and success. The deep red gemstone can also help protect its wearer from harm. 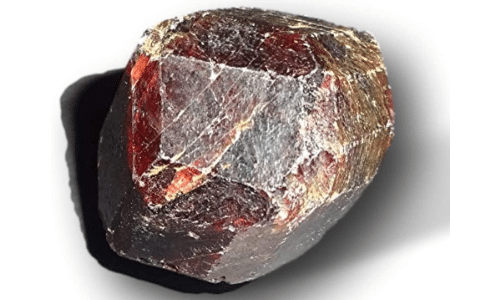 The garnet stone is one of the most beautiful stones out there, and it has a lot of meaning behind its name. The word “garnet” comes from the Latin word for pomegranate, which was used to describe this gemstone because it’s often found in red-colored veins within rocks that are similar to the fruit.

This connection between red and pomegranate led people to believe that wearing garnets would protect them during the winter months by warding off evil spirits. The color also symbolizes happiness, vitality, health, prosperity, and protection against misfortune.

Affirmation: I am lucky, prosperous, and protected against misfortune.

The garnet stone has been around since the time of the ancients. It is said to have been used in King Solomon’s crown, but it is best known for being included in the breastplate of the Jewish High Priest.

Garnet can help increase feeling, passion, and intimacy between two people which makes it perfect for a relationship. Those who wear a garnet can also help rid themselves of negative energy that makes them feel drained.

Not only are red garnets January’s birthstone, but it is also often used as a second wedding anniversary gift. The garnet birthstone is often worn in jewelry and with a true stone, you can take advantage of its healing properties.

While the garnet birthstone is usually red in color, you can also find orange and orangy red stones fairly often. Additional colors include pink, green, brown, and black. 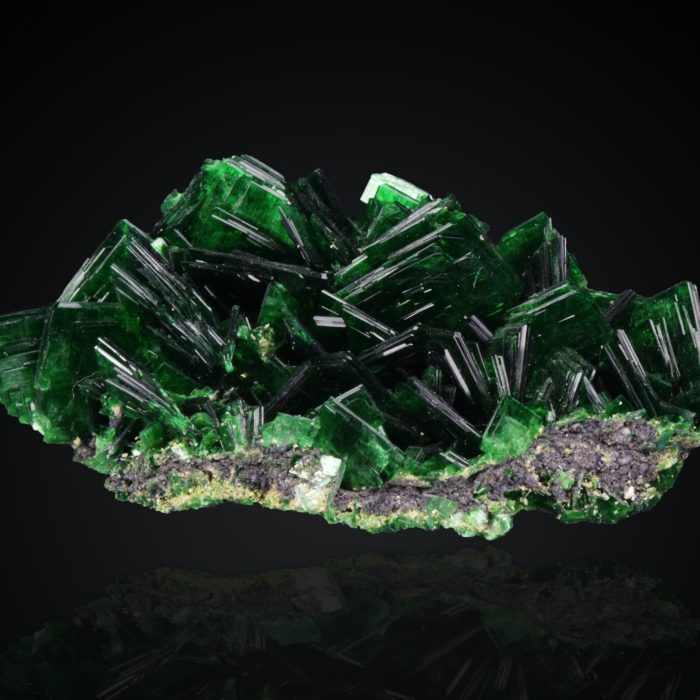 The emerald stone is also considered January’s birthstone, but it is also the birthstone of many other months as well. The strong, vibrant green color relates to growth and harmony, which makes the emerald perfect for those who are trying to figure out their relationship or career issues. 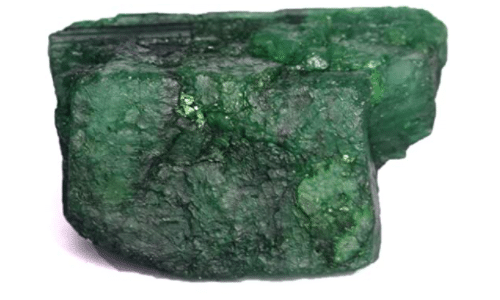 The emerald is a green stone that is often used in jewelry. It is thought to be a symbol of love and good luck. Emeralds are said to increase intelligence, bring happiness, and protect against evil forces.

The energy of this gemstone can be used to stimulate the mind, increase intelligence, bring happiness, and protect against evil forces. Emeralds are said to have many healing benefits including reducing stress levels in children who suffer from ADHD. With all these benefits it’s no wonder why an emerald is considered by some cultures to be one of the most powerful stones on earth!

Affirmation: I will stay on course with my goals and make a difference in this world.

The emerald is a powerful stone that can help its wearer trust and believe in themselves again. It is said to bring good luck and positive energy as well. The emerald can also rid the wearer of negative energy, which makes it perfect for those who feel drained after a long day.

The emerald is a spellbinding gem for those in a long-term commitment because it helps bring out feelings of love and compassion. Those who wear the emerald in their ring can also rid themselves of any negative energy that can hinder them from achieving their goals.

It is common to see people wearing emerald rings or earrings because it can help them stay healthy and strong. However, the emeralds do not have to be limited to jewelry. Emeralds can also be found in other items such as pens or knives, and it is the perfect stone for the January birthstone.

The emerald birthstones are most commonly found in shades of green. You can also find them in colors such as blue and yellow. 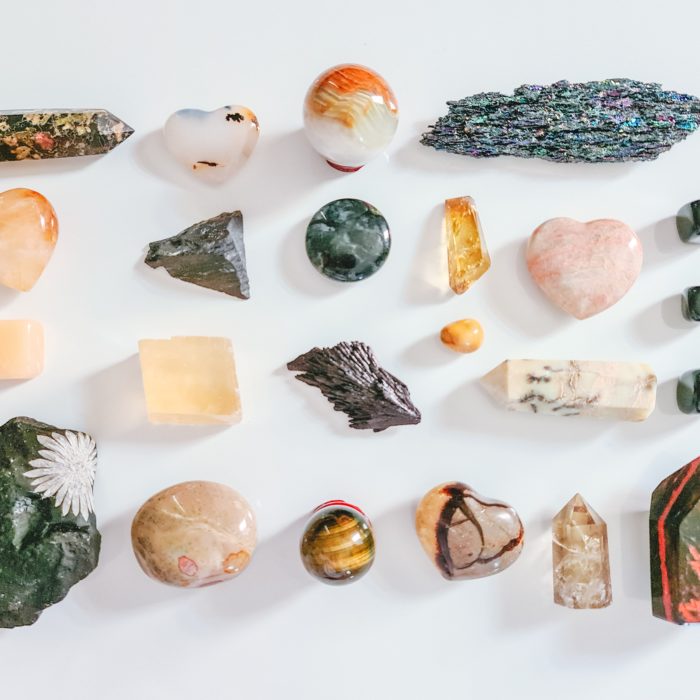 What Crystals Are Associated With January?

One of the things that makes a crystal associated with January is that it is a time of new beginnings. New crystals are often discovered during this time. Additionally, January is named after the Roman god, Janus, who was the god of beginnings and endings.

Two Zodiac signs are also represented in January. These are Capricorn (December 22 – January 19) and Aquarius. Stones

The red ruby stone is a gem that symbolizes love, vitality, and passion. The ruby will help you find true happiness if it is worn as a talisman to ward off bad luck. Rubies are also said to be lucky in business, bringing success and prosperity. They’re associated with Mars and represent the strength of character and self-discipline. 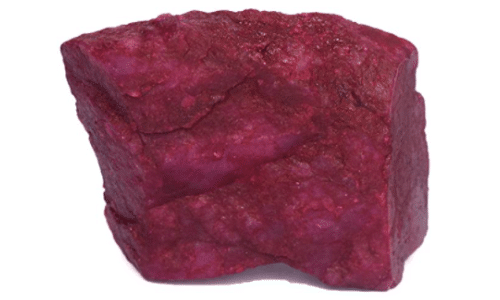 The deep red color of the ruby stone symbolizes vitality and passion, while its hardness makes it a durable gem. It has been said that wearing this stone will bring good luck to loved ones, which is why many people choose to give them as gifts!

Ruby stones are often used in jewelry because they are hard and durable enough not to scratch easily. They also have a deep red coloring that signifies how passionate and vital this gemstone can be–perfect for those looking for something with meaning behind it!

Affirmation: I will live passionately and embrace life with vigor.

The most popular source for rubies today is Myanmar (Burma). But they were first found in Sri Lanka (Ceylon) because there was an abundance of them there at the time. Rubies can be found all over the world but these countries produce more than any others: India, Thailand, China, Tanzania, Kenya, and other places on the African continent.

The Agate stone is a type of quartz that comes in many colors such as black, brown, red, white, yellow, blue, and green. The best agates come from Brazil or Uruguay. It has been used since ancient times because its patterns resemble the patterns found on the inside of seashells which is why agate stones were once known as “seer stones” or “water agates”.

Agate is used to enhance intuition and insight. It can also be worn for protection against stress, anxiety, and nightmares.

The black onyx stone is the most powerful gemstone of all because it has protective powers that can be used for grounding and helping you stay calm in difficult situations. Onyx stones were believed to help control the energies of a person’s surroundings and attract good luck and fortune. The Black onyx stone represents introspection, wisdom, and profoundness.

The opal stone is known as the “Cupid Stone” because it is said to be the stone of love. Opals stimulate positive feelings and encourage you to take action in the direction of your dreams. They are said to bring happy outcomes, particularly regarding love, relationships, and finances.

The amethyst stone is known as the “stone of recovery” because it’s thought to help heal many types of ailments. It’s also used to calm feelings, ease stress, and increase your awareness. Amethyst helps you find peace within yourself by providing strength against negative emotions like anger, greed, lust, envy, and violence.

The sugilite stone is a deep purple color that has been associated with love, peace, and relaxation. It’s also known to help you feel more optimistic about life. The sugilite stone is said to improve your emotional state of mind by calming feelings that are making it difficult for you to think clearly or positively.

The lapis lazuli stone is a deep blue stone that enhances your communication and connection with the divine. It can also be used to protect your energy and give you the strength needed to deal with problems head-on. The stones enhance spiritual awareness, wisdom, inner truth, and help you find peace of mind.

The turquoise stone is a beautiful blue or vibrant green stone with a hint of copper. It is associated with the sun and earth and is used for its calming properties that help you relax, calm your mind, and get rid of feelings of stress or anxiety. Turquoise stones are believed to provide protection from negative energy while simultaneously attracting positive energy into your life.

The jasper stone is a multi-colored stone that comes in red, orange, yellow, green, brown, grey, white, and blue. It’s used to provide you with strength against negative emotions like anger or jealousy. The jasper stone also helps strengthen your self-image by boosting your self-esteem. It can help you become more optimistic and feel happier about life in general.

The birthstones we’ve explained today all have their own meanings and properties. So, whether you need protection from anxiety or want to attract more love in your life, there is a stone for that!

These natural gems will empower you with the right energy at the right time. Do some research on what each gemstone represents and how it can help improve your quality of life; then pick out one (or two) to start wearing today!